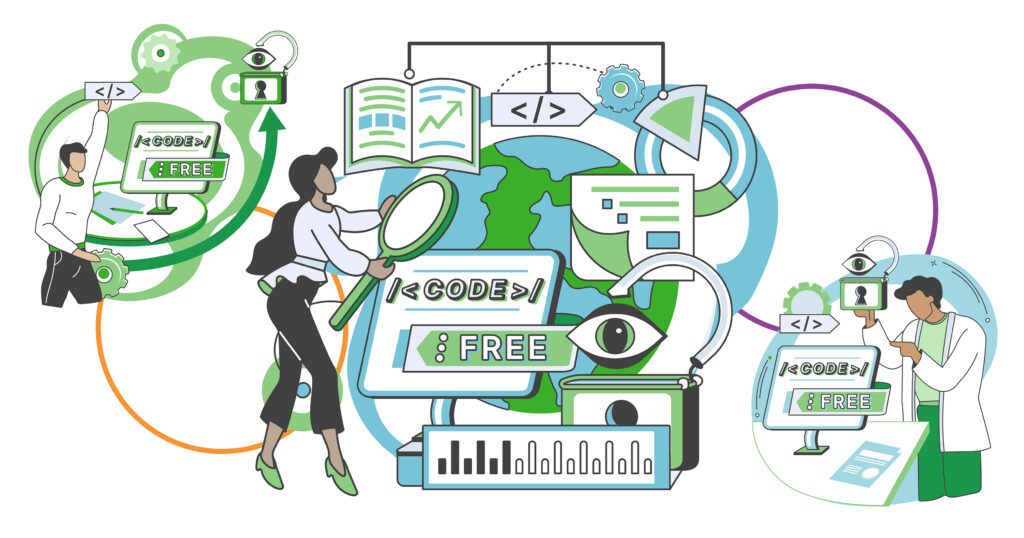 There’s a holiday for just about everything. Case in point: International Shareware Day is the second Saturday in December, and this year it falls on December 10th. The creation of the holiday is attributed to actor and podcast pioneer David Lawrence in the mid 1990s.1 His goal was to recognize programmers who share their work with the public for free.

You may not have heard the term “shareware” in a while (or ever). Its heyday was the ‘80s and ‘90s, back when people swapped floppy disks and CD-ROMs to share software programs. In a time before DRM, even commercial software was easily shared, leading companies to say, “Don’t copy that floppy!” In contrast, shareware creators encouraged their users to share in order to help distribute the software.

Shareware later moved online, hosted on websites, bulletin boards, Usenet groups or FTP servers. Regardless of how consumers got a copy, shareware was free to try. However, developers wanted to get paid for their work, whether via ads, donations, paid upgrades or a license after the free trial expired. This monetization model is now commonly seen among many “free” applications in app stores. And while free apps make up 92% of the Apple App Store and 96% of the Google Play Store2, the combined app revenue from those stores topped $133B in 2021.3 Even the free apps are generating revenue.

While the monetization models developed by shareware remain, freeware and free and open source software (FOSS) are the primary types of legally-shareable software today. Unlike shareware creators who hoped to eventually make money from their users, freeware creators made truly free software without trials or paid features. Free and open source software takes freeware a step further, making not just the software available for free but exposing the source code as well. Open source licenses allow users to distribute and alter the source code, meaning the software can be used as part of other programs. These days, FOSS is estimated to constitute 70% to 90% of modern software solutions.4

How did we get from sharing floppy disks to today’s open source code repositories? A number of well-known open source projects were started to offer free alternatives to expensive commercial software. For example, OpenOffice and LibreOffice were created as substitutes for Microsoft Office; Gimp and Audacity offer similar features to Adobe’s Photoshop and Audition.

One of the most popular FOSS projects is Linux, first released under a free public license at the end of 1992. Today, it has a $6B market that is slated to grow to $22B by 20295 due to its use in servers, cloud-based operating systems and the Android operating system. But if the software is free, how is there a multi-billion-dollar market? Red Hat, known for its enterprise Linux operating system, offered paid support, training and integration services to help customers use the software and generate revenue for the company.

Unlike first-generation open source companies like Red Hat, second-generation companies frequently offered a mix of free and paid software instead of relying on support services to make money. The second generation of open source software was also mostly developed within companies rather than as an open community project. For example, Cloudera and Hortonworks both built open source data processing offerings in-house that were based on Apache Hadoop (and the two companies merged in 2019).

The third and current generation of FOSS is cloud native and includes offerings such as Elastic Cloud, the hosted version of Elasticsearch, a free and open source search engine whose code is publicly available on GitHub. This generation of open source software companies frequently offer software-as-a-service to monetize their solutions, and while the solutions are still available as open source projects in code repositories, most customers choose to purchase the managed service instead.

Today’s open source code repositories make it easy to not just share software but to create new versions of it and build on the work of others. While the means of sharing has changed, the concept behind International Shareware Day remains—a day to recognize the developers who share their accomplishments with others for free.