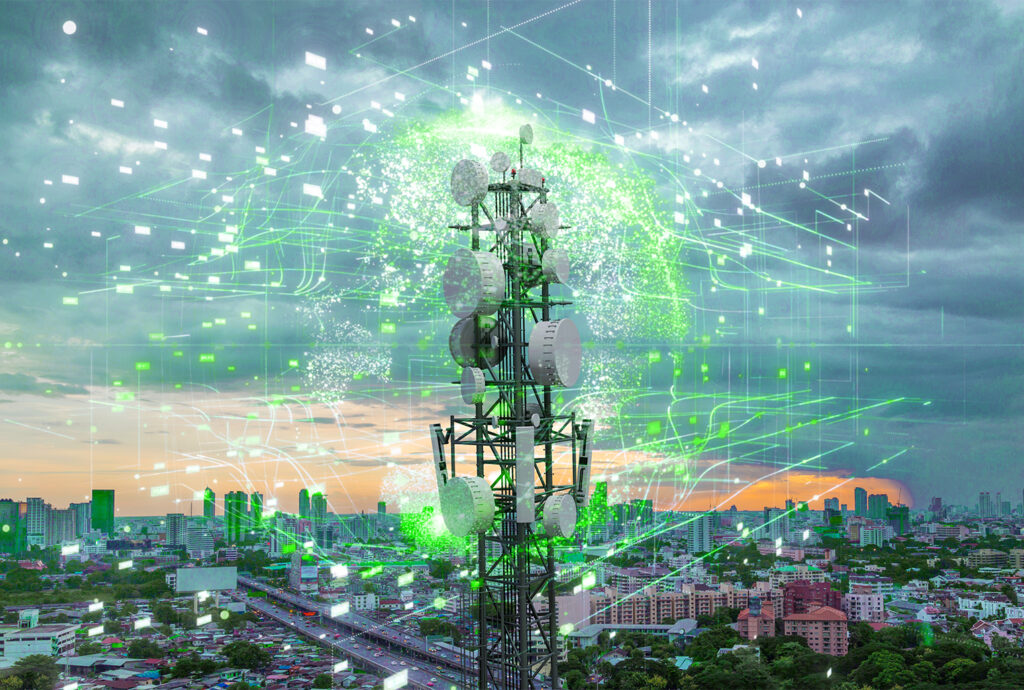 How communication service providers are changing from the inside out

From telco to techco

Telcos are going through an era of transformation—not just a digital transformation but in their service offerings and business models as well. The ROI on network infrastructure investments has trended downward for the past decade1, leading telcos to seek out new sources of revenue.

In doing so, they’re augmenting their core business of telecommunication with new services and becoming technology companies. TM Forum calls these businesses techcos, as they sell not just traditional connectivity but a platform of products and services. There are potentially substantial financial opportunities for techcos by becoming part of ecosystems. TM Forum estimates they can earn upwards of $700 billion in new revenues.2

While the 2021 paper from TM Forum and Accenture, “The Tech-Driven Telco,” seems to have kicked off a new wave of interest in the transformation of telcos into techcos, the term itself isn’t as recent. In 2016, Telstra CMO Joe Pollard said the business was “evolving from a telco to a techco— to be a world class technology company empowering people to connect” as part of a major rebranding campaign.3

In a similar move, Vodafone announced its intention to become a “tech comms” company in 2020. Their vision included building upon their experience in mobility, 5G, IoT, and SD-WAN to expand into digital business offerings built on cloud-native platforms with open interfaces.4 Vodafone even reorganized senior leadership to split their network and digital operations teams to support this goal.5

According to McKinsey, the new business ventures of these tech-minded telcos fall into three main categories: data analytics, ecosystems, and marketplaces.6

Data Analytics Businesses
Telcos have a lot of data about their customers, including call details, usage, equipment, location, billing, and social networks. While this data is frequently used internally to improve service, it can also be anonymized and aggregated to offer insights to other businesses, creating a new source of revenue. Location data was used frequently by government agencies during COVID lockdowns to understand how well people were following the rules. Still, that same kind of data can also be helpful to retailers, for example, to understand in-store shopping habits.

Ecosystem Businesses
Creating a more expansive portfolio of digital service offerings has already been a significant revenue source for several telcos. These services range from mobile payments to news and gaming apps to media streaming. Some telcos are branching out from mobile payments to consumer financial services ranging from loans to insurance. Safaricom in Kenya expanded its M-Pesa mobile payment service in 2020 to include services such as fundraising, savings accounts, and business accounts. M-Pesa now accounts for over 38% of Safaricom’s total service revenue.7

Marketplace Businesses
From mobile e-commerce platforms to retail partnerships, telcos are well-positioned to create their own digital marketplaces. SK Telecom’s 11Street shopping platform launched in 2008 and is now used by about 34 million customers, expanding to include mobile payments and even its own cosmetics brand.8 The platform connects customers to retailers ranging from local stores to Amazon; it is the third-largest e-commerce player in South Korea.9

As telcos shift their focus to new businesses built on their networks, they will begin to compete on a more extensive portfolio of services rather than the coverage, speed, and pricing upon which they’ve traditionally relied. These new business models provide an opportunity for differentiation, revenue, and subscriber growth. However, the network will remain a top priority to support these new endeavors. After all, there are more active mobile phone subscriptions than there are humans on Earth.10