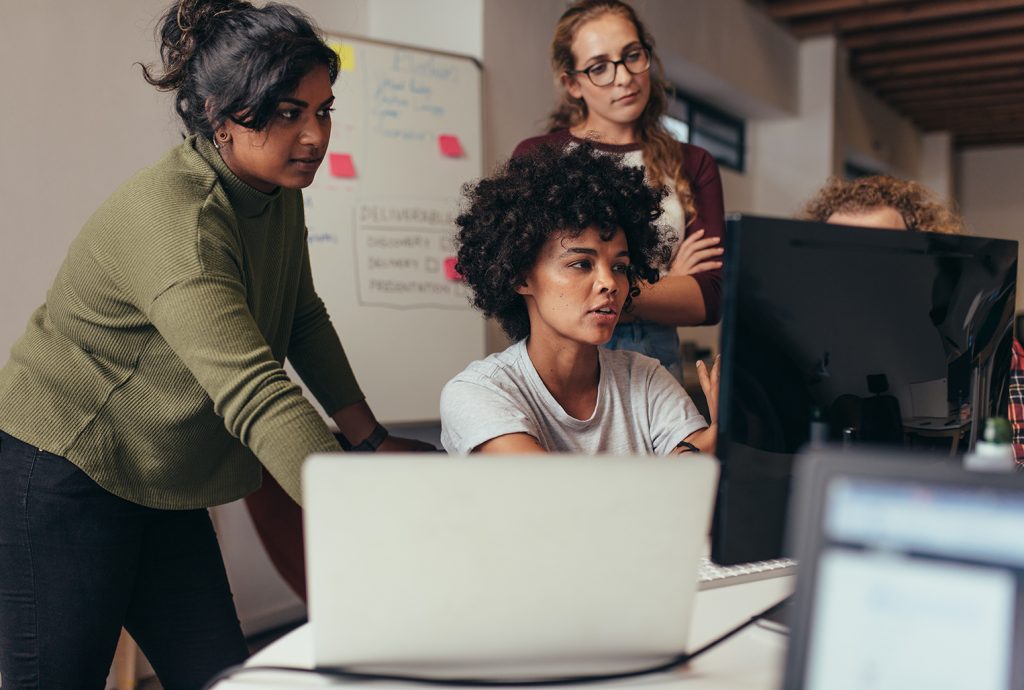 It was tough deciding which amazing women to feature in Exact Market’s posts for International Women’s Day 2022 (#IWD2022). There are so many to choose from! We let this year’s theme, #BreakTheBias, be our inspiration.

Hedy Lamarr was both a Hollywood star and an inventor. She emigrated from Austria to the United States of America in 1937. In 1942, she and George Antheil, a fellow inventor and composer, patented a radio wave technology that prevented jamming by employing “frequency hopping” across a spectrum. That technology formed a basis for today’s wireless communications.

Annie Easley was a groundbreaking mathematician, computer scientist, rocket scientist, and a champion for gender and racial diversity. She began her career as a “human computer” in 1955 at a government research facility in Cleveland, which eventually became part of NASA. When she joined that facility, she was one of four African Americans at a site that employed 2,500 people. Her work in energy conversion systems and alternative power technology laid the groundwork for hybrid vehicle battery technology and the Centaur upper rocket series used in NASA space launches.

Radia Perlman is an engineer and mathematician who helped establish the modern-day Internet. In the 1970s, she invented the Spanning Tree Protocol (STP) algorithm, which solved a huge information routing problem. This concept was adopted as an IEEE standard for bridge technology and remains in place to this day. She also has been listed as one of the 20 Most Influential People in Information Technology by Data Communications Magazine.

Tanzima Hashem, professor of computer science and engineering at the Bangladesh University of Engineering and Technology, is recognized internationally for her collaborative research. She is a strong supporter of female colleagues. In 2014, she organized the first “Workshop on Women Empowerment Through ICT: Higher Studies, Research and Career” for women in computing in Bangladesh. In 2017, she received the Elsevier Foundation Award for Early-Career Women Scientists in the Developing World for her work in computational approaches to privacy protection. She continues to explore ways to make technology solve real life problems, such as factoring in safety when generating routes or using smartphones to help diagnose medical problems.

Ada Lovelace is known as the world’s first computer programmer. In 1834, she used her mathematical genius to publish a paper on how to program Charles Babbage’s Analytical Engine. She outlined how to define a series of sequential operations (or codes) that could be adjusted to calculate complex formulas. Ada also envisioned the modern, multi-purpose computer, although the technology would not become a reality until the 20th century. In 1979, the US Department of Defense designed a programming language that is used today and named it “Ada” in her honor.

As a certified Women’s Business Enterprise National Council (WBENC), Exact Market truly admires the amazing contributions made by the tech-savvy scientists mentioned above. We hope our short summaries inspire you to learn more about these and other accomplished women. No matter which discipline inspires you, recognizing contributions women have made to society helps #BreakTheBias.